The fourth and final Oswego County Academic Youth League competition for the school year took a turn towards sports with a twist. The competitors were asked to complete a series of timed-tasks with a sporting theme.

The creative teams used skills in writing, graphic design, physical education, business, law, history as well as creativity, time management and teamwork. The teams of eight students were tested on their knowledge of a wide range of topics including disability law, sports rules, sports trivia, business, advertising and an activity with a salary cap.

During their competition they were asked to create an inclusive sport providing equal opportunity to participate regardless of disability. The goal was to create a sport to enable athletes to participate along with their able-bodied teammates as equals. The sport was to be new and unique and should not resemble any other sport or activity. They were also asked to give their sport a unique name and catchphrase.

The teams also created a tri-panel poster to advertise their new sport and then “pitched” their sport to a panel of “Shark Tank” judges where they also answered questions about their sport from the judges.

At the final competition of the year, all points earned from all four competitions are tabulated and an overall champion is named for the school year. The winning team takes home the traveling OCAY League trophy, their school name is engraved on a plaque featuring the past winners from many years and a special take home trophy is awarded to the school for them to keep and display at their school. It was a close competition for overall champion and the team from Central Square was honored with the distinction for the 2018-19 school year.

OCAY League was established to give students an opportunity to compete in academic challenges and is coordinated through the Center for Instruction, Technology & Innovation’s gifted and talented program. Coordinator for the OCAY League is Matthew Goodnough and eight districts participate, including: APW, Central Square, Fulton, Hannibal, Mexico, Oswego, Pulaski and Sandy Creek. 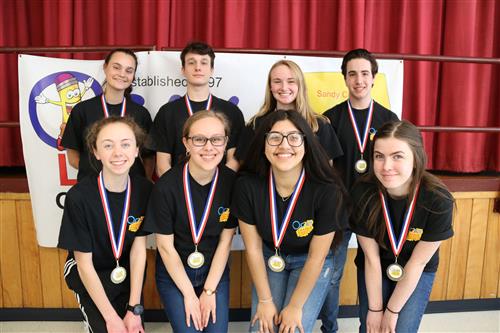 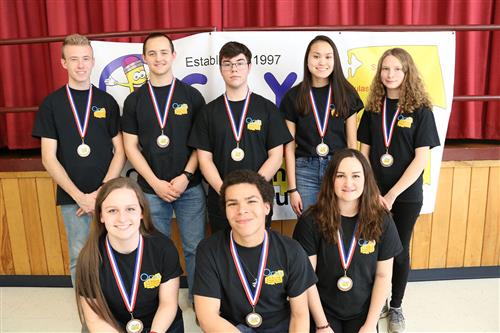